The city of Maulbronn is located in Baden-Württemberg. Nearby cities are Stuttgart, Pforzheim and Karlsruhe. Maulbronn is part of the Stromberg-Heuchelberg Nature Park.

Mentioned in writing at the beginning of the 12th century as “Mulbrunnen”, the town’s current prominence derives from the Cistercian monastery, which has been mentioned here since 1147. This monastery complex developed into an economic, social and political center in the region.

Maulbronn has existed as a municipality since 1838. It emerged from a settlement that had formed around the monastery.. In 1886, the municipality was granted town status.

The Maulbronn monastery complex has been a UNESCO World Heritage Site since 1993. It is also known for its monastery concerts (originating from a Bach Week in 1968) and the legend about the origin of the Maultasche (a specialty of Swabian cuisine). 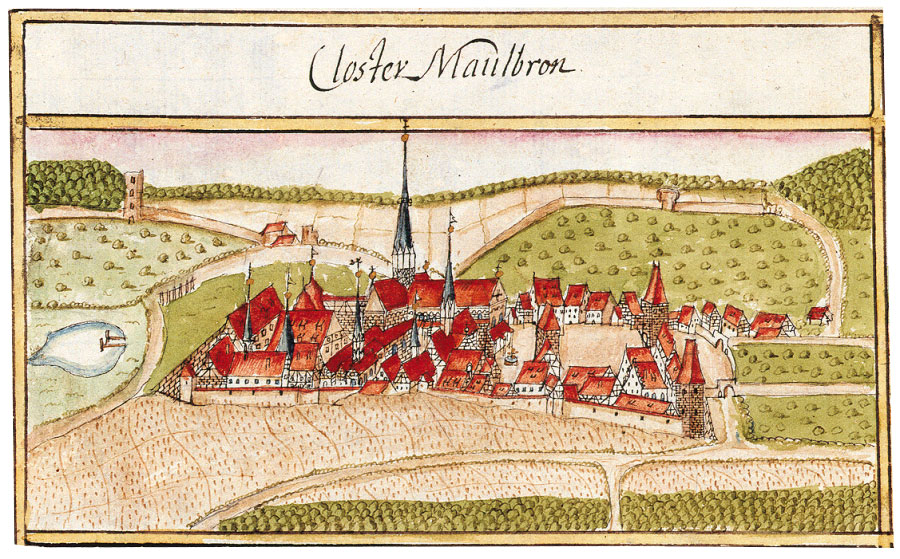 View of Maulbronn Monastary,
from the forest register books created by Andreas Kieser (1618-1688)

Tracking cookies collect information anonymously. This information helps us to understand how our visitors use our website.